Do You Suffer From Fibromyalgia IN Burke VA?

Are you suffering from fibromyalgia in Burke VA? Fibromyalgia, a contemporary diagnosis describing chronic widespread musculoskeletal pain and fatigue, was first introduced in 1976. Since its introduction, it has been estimated that 2-6% of the United population has been designated with this diagnosis. Of the 2-6% of people diagnosed, women are affected at significantly higher rates than men. It has even been estimated that as high as 85% of people suffering from fibromyalgia are women. Some proposed theories for why women are affected at much higher rates than men have included differences in hormones and possible genetic differences that are present at birth.

Despite high rates of occurrence, the cause of fibromyalgia remains poorly understood. Proposed causes have included; hereditary factors, stress, hormonal imbalances, illness, trauma, and a seemingly endless list of other possibilities. Largely due to the vast number of potential causes, western medical practitioners have struggled with treating this clinical syndrome, relying heavily on medications to treat pain and fatigue symptoms. As a result, many patients have turned to alternative medical treatments, including chiropractic, for relief. NOVA Chiropractic & Acupuncture in Burke VA has offered patients relief from fibromyalgia and this article is intended to teach you about the condition and your various treatment options.

How is Fibromyalgia Diagnosed?

To understand how the diagnosis of fibromyalgia is made, it is important to first understand how the body is divided by medical practitioners. Typically the body is viewed as four different sections, the left and right sides and above and below the belt line. The American College of Rheumatology has determined that only people who have discomfort in each of these four areas can be classified as having the condition. In addition, the pain is typically present for more than 3-4 months. This institute has also identified 18 different trigger points throughout the body and people suffering from fibromyalgia must have pain in at least 11 of them.

While long-lasting pain that seems to affect every portion of your body is the main symptom of fibromyalgia, our patients at NOVA Chiropractic & Acupuncture have reported experiencing some of the following symptoms:

Fibromyalgia isn't the only condition that has been found to cause the symptoms listed above. This condition is often grouped with two other conditions that produce similar symptoms, but have many different causes; lupus and chronic fatigue syndrome. These conditions can be thought of as the rungs on a ladder, the higher you go the more severe they get. On this ladder, fibromyalgia would be the bottom rung, chronic fatigue syndrome would be the middle, and lupus would be at the top. With all of these conditions being more common in females and producing symptoms that mimic each other, it can be hard to differentiate them. However, lupus is believed to be caused by an autoimmune disorder and fibromyalgia seems to be related to stress and disturbances in a person's metabolism.

The relationship between fibromyalgia, stress, and metabolism can be confusing. Basically, a person who is under chronic stress creates conditions that result in less blood flowing to certain areas in the brain. Typically, the lack of blood flow affects an area of the brain called the pituitary gland, which is extremely important in secreting a specific set of hormones that regulate metabolism and stress responses. When these hormones are not secreted properly, the many symptoms associated with fibromyalgia begin to appear.

Since the majority of people tend to experience pain throughout the muscles in their bodies, it is important to discuss the changes that occur there. The key factor that is thought to be responsible for the muscle discomfort experienced with fibromyalgia is ground substance. Ground substance is exactly what it sounds like, a material that is found in almost all of the structures in the body and is responsible for the tissue's strength, healing, and regeneration. When one of these tissues is typically damaged, this substance is converted into whatever is required to stimulate the healing process. Due to a lack of healing and conversion, this substance builds up in its tissue causing the trigger points, muscle tightness, and pain associated with fibromyalgia.

Is Chiropractic a Treatment for Fibromyalgia?

As mentioned earlier, muscle tightness and spasms are one of the main clinical features of fibromyalgia. Since muscles have a large role in holding the spine in its proper position, it is easy to imagine the effects this condition can have on the back. As the muscles become tight and overworked, they pull on the spine. Since the spine can only adapt so much, it eventually starts to lose its normal motion and functionality. One of the major roles of the spine is maintaining the proper function of the nervous system, and it just so happens that one of the major functions of the nervous system is controlling the function of the muscles. You can begin to see the disastrous cycle that begins to develop with fibromyalgia. Once this cycle is out of control, patients begin to suffer many of the aforementioned symptoms.

What Else Can I Do?

While our team at NOVA Chiropractic & Acupuncture can be successful at helping people recover from fibromyalgia, it is important to remember that you only spend a small amount of time with us. While you are away from the office, the additional things you do to help you heal can have a dramatic effect on the treatment outcomes. Engaging in your care can make a real difference in the results that you see. The following is a list of things that you can do to help improve your fibromyalgia results:

Get a good night's sleep

While it has been found that people suffering from fibromyalgia also have difficulty sleeping, it is crucial to make every attempt possible to get good sleep. One thing that people often forget is that not all sleep is the same. To help the body heal from fibromyalgia, it is important that they get good/quality sleep. Taking prescription drugs and drinking alcohol may help you fall asleep more quickly, but you will awaken feeling less rested than if you would have achieved natural sleep. Melatonin and Valerian are two natural herbal extracts that have shown promising results for people suffering from insomnia and fibromyalgia.

It seems that exercise is recommended and good for everything and fibromyalgia is no different. When given this recommendation, many of our patients at NOVA Chiropractic & Acupuncture have expressed concerns that exercising increases their discomfort. However, starting slowly with low stress and light impact exercises should reduce the chances of increasing the symptoms. As you proceed through these tasks, the muscles will begin to stretch and relax allowing you to increase the type of exercise that you performing.

Make sure your work environment isn't holding you back

Many people know that work conditions can contribute to a significant amount of pain. Whether you are doing hard physical labor, repetitive factor work, or stuck sitting at a desk all day long, the strain that this puts on your muscles can be intense. Patients with fibromyalgia will typically do anything to escape their pain and making changes at work is often required. It may be necessary to discover an occupation that allows you to work fewer hours at one time or that accommodates flexible hours. Your work environment also plays an important role in the development and healing of fibromyalgia. Changing the chair you sit in, the shoes you stand on, the keyboard you type on, or the height of the monitor you look at can have a huge impact on your healing process.

Just like the stress you experience from to much to do at work, foods can place a large amount of stress on the body contributing to the symptoms of fibromyalgia. Typically, processed foods and genetically modified foods are more difficult for your body to digest and may even have some properties that your body views as toxic. It is usually best for patients suffering from fibromyalgia to limit the number of eggs, milk, gluten, and wheat in their diet. Toxins that make it into your food through antibiotic therapies and crops treated with pesticides may also be a source of stress. Diets rich in chicken, nuts, berries, fruits, vegetables, and legumes have been shown to help provide possible relief. 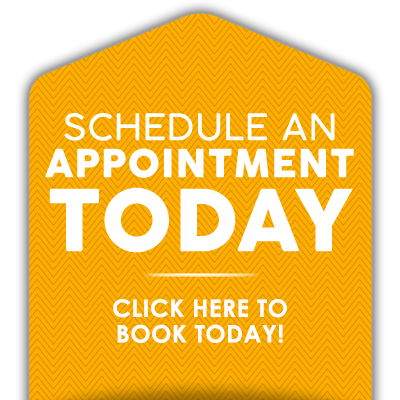